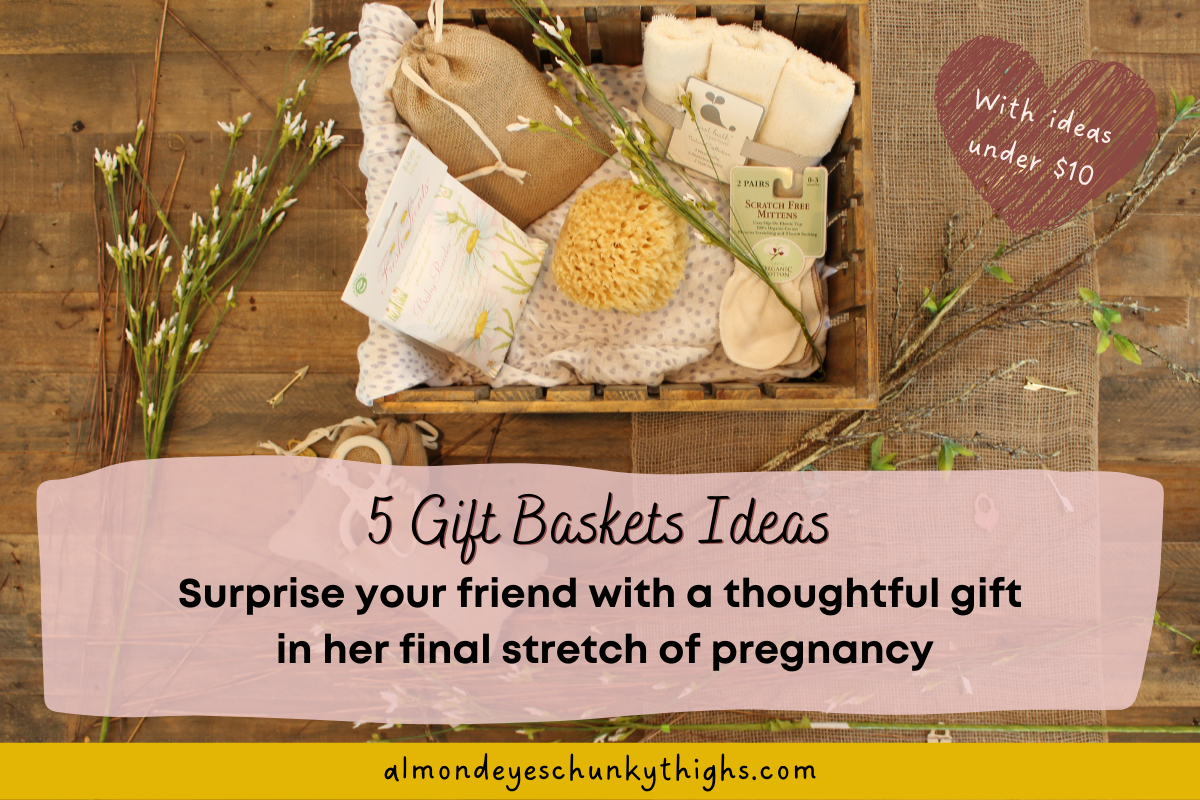 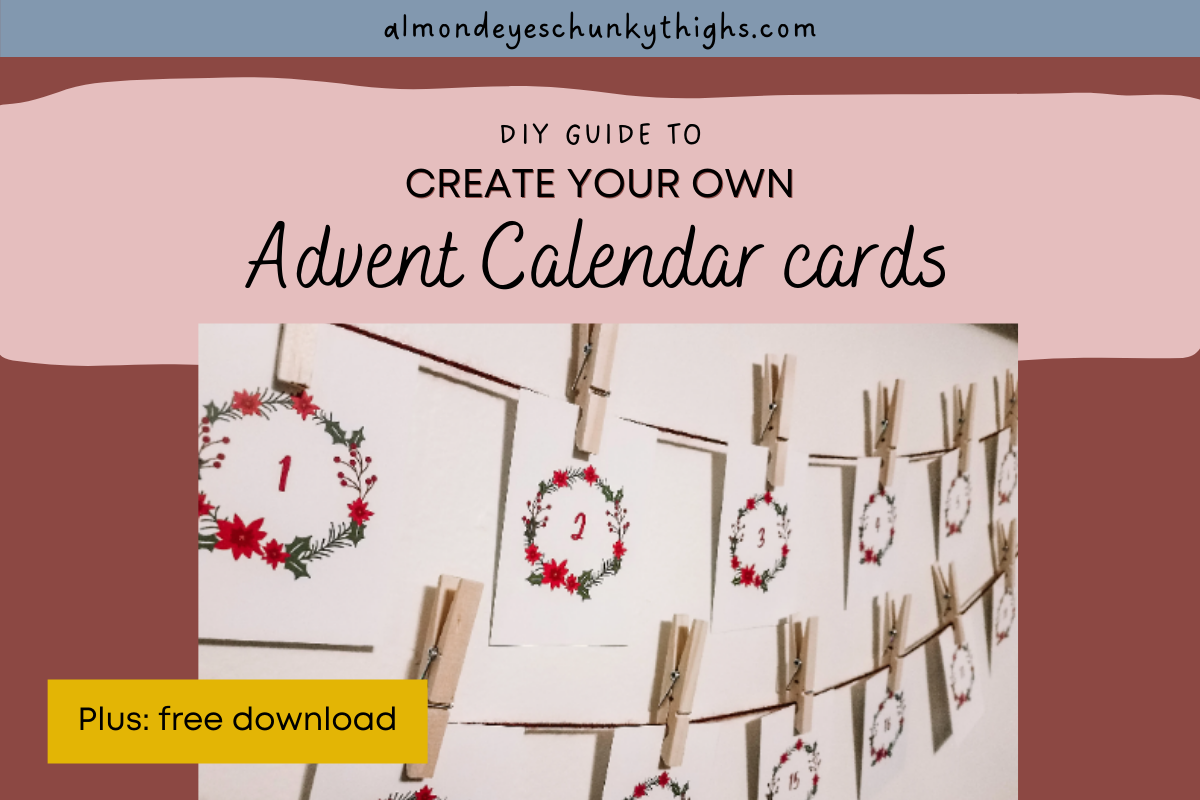 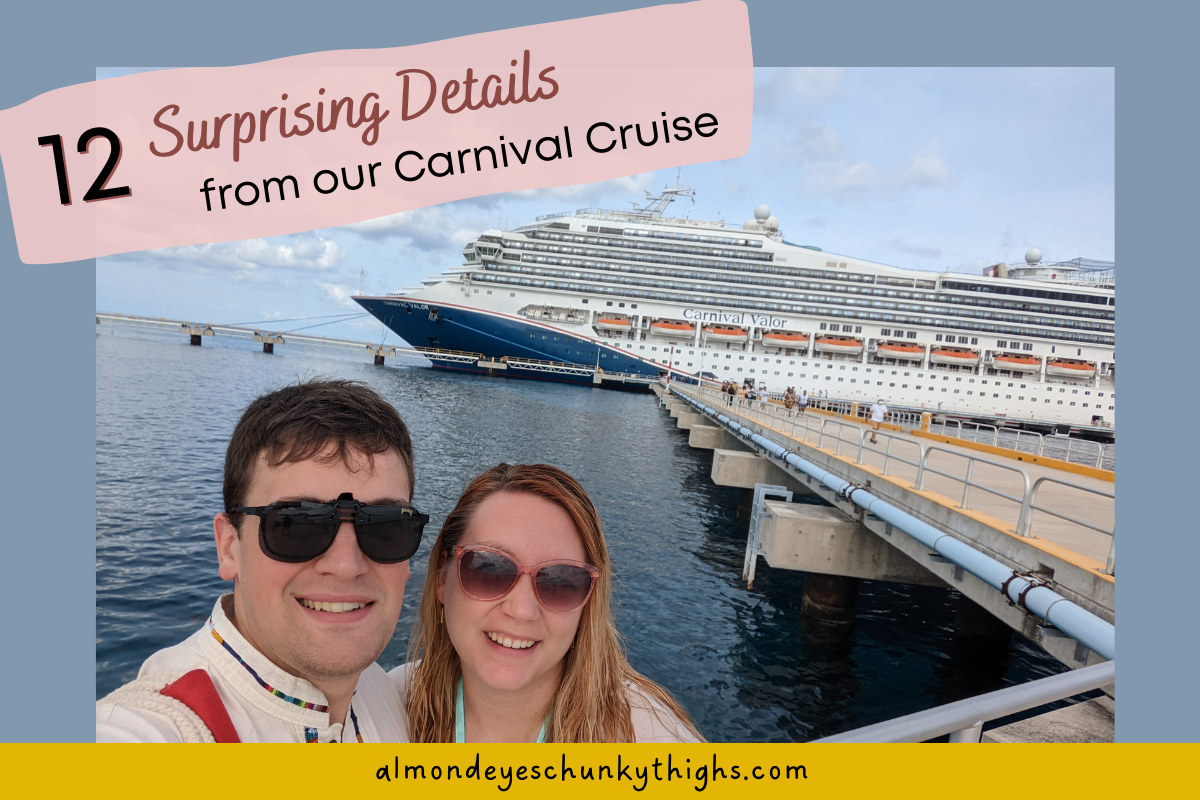 We did it! After four years of being married, we finally went on our honeymoon cruise! (Yes, we’re counting it as the honeymoon.) It was everything we hoped for! Plus, by having our honeymoon later, it gave us a great excuse to take a vacation without the kids. We love them, but if you know, you know. Sometimes, it’s nice to just get away and relax with the hubby.

It was my first time cruising, and I thought I’d share some of the things that surprised me during our trip. Some nice surprises, and some less so.

There were a lot of items on the cruise that did not fall under the umbrella of “all-inclusive.” For example, we had to pay for a basic wifi package to check in with my mom and kids throughout the week. Some food options on the menu were an added expense (don’t worry, they’re labeled!). If a photographer takes your photo, you have the option to purchase it later. The spa is not included (and it’s quite pricey!). And you’ll need to pay for some activities onboard the ship, such as bingo cards (pro tip- buy them on the first day if you want a discount!). So, make sure you really pay attention and ask crew members if you are unsure about what is and is not included in your fare.

On the other hand, the amount of food you can order IS unlimited. (Since writing this post, Carnival updated their policy. Now you are limited to ordering 2 entrees. But with appetizers and everything else, I’d consider that plenty!) Between my husband and me, we chose to try multiple different entrees, side dishes, and deserts for every dinner, and then we shared the food, so that we could try a little bit of everything. The first couple of times we did this, our dinner friends claimed that we always ordered the best food. But really, we just increased our chances by ordering half the menu! Even though it’s an awesome perk to cruising, just make sure you don’t go overboard (pun intended), since you obviously don’t want to be wasteful. Oh, and don’t forget that the dining rooms are open for breakfast as well! There are some delicious breakfast choices that you can only order in the dining room and not at the buffet.

Going along with food, for lunchtime (if you don’t feel like having meals in the dining room, or if you’re part-Hobbit and want ‘second dinner’ ;)) there are plenty of options on the lido deck. We loved the breakfast burritos at The Blue Iguana, the burgers at Guy’s Burger Joint, and the Mongolian place over by the food bar. But what we didn’t realize is that you should definitely try out the food joints at the beginning of your trip, and at less common times! We waited until the last day to do Mongolian, and the line was so incredibly long. And we wanted to try the BBQ but missed the window when it was open. So, if there’s something you’re craving, try it out sooner than later!

Okay, this one is really random, but we’re talking about what surprised my husband and me, so I had to include it. Out in the common areas, such as on the decks, lobbies, theaters, and general dining areas, there were zero trash cans. Not a single bin in sight. Instead, you just leave behind garbage on tables or lounge chairs, and there are crew members who frequently walk by to pick everything up. I don’t know if that’s their sole job, but they did so well with it that the ship never felt trashy, even though we personally didn’t dispose of anything.

As I mentioned, we bought the basic wifi package, and it was a little challenging at times. Occasionally, it wouldn’t connect to the internet. And multiple times, it just turned off, and I had to re-login. So, that was a bit frustrating. But overall, it worked for what we needed, even if it was an unexpected hassle.

We knew there would be activities onboard, but we were shocked by the sheer amount of entertainment. Carnival plans multiple activities for every single hour of the day. (You can find out what’s going on at any given moment on Carnival’s cruise app.) Events included trivia, concerts, karaoke, game shows, parties, ping pong and mini golf, organized mix-and-mingles, a military appreciation event, activities for kids, art auctions, seminars, exercise groups, and so much more. There was even entertainment on the deck, in the lobby, and in walking areas by live performers.

In one day, without even trying to attend events, we listened to an island-music performer as we sunbathed on the lido deck, passed a jazz performer on the way to dinner, watched our servers dance on tables at dinnertime, and stopped to enjoy a string trio as we made our way back to our room through the lobby.

The nice thing about a Carnival cruise is nothing is mandatory, but if you’re looking for something to do, you will never be bored!

Another thing that surprised us about our cruise was how tired we were! For a good portion of the time, we chose to relax rather than do the activities because that seemed like an ideal vacation for us. But even then, between the hot sun, our excursions, and a couple of events, we took a short nap every day to refuel. Because we were beat! Don’t get me wrong- overall, the vacation was very relaxing and enjoyable… just as long as we got our daily nap!

I’d always heard about how crowded cruise ships can get. And that may be true, depending on the ship and season. But when we went on our cruise in May, it didn’t feel terribly crowded. And we also didn’t see many kids during the week.

On the first couple of days, we explored the ship and found some more secluded areas. One of our favorite spots – the deck right under the lifeboats because the boats hanging overhead provided some nice shade. And there were plenty of open lounge chairs to enjoy the ocean views (sometimes, we could go in the middle of the day and still be the only ones on the entire outer deck).

Also, we could always find a spot to relax on the Serenity deck, which is for adults only. And at both ends of the ship, usually on the levels that only had sleeping quarters, we found less-frequented decks. So, if you happen to cruise during a busy season and feel overwhelmed by crowds, there are definitely still places to go and enjoy that ocean breeze, besides your room.

The size of the closets pleasantly surprised me. We had the most basic interior room but didn’t struggle with storage space for our clothes and other items. Not at all. We hung up all of our outfits for the week and then stowed away suitcases under the bed. And with that, there was plenty of open space to move around in our little room.

I don’t know what I expected with the drink package, but anytime we wanted a soda, we had to go up to a bar and wait to order so that the bartender could scan our sail card. It felt a little silly since we weren’t ordering a complicated drink. But I guess that’s how they keep track of who has a drink package and who doesn’t. Also, we could only order 1 drink per card, every 5 minutes.

I’m a bit of an introvert, so I had no intention of making friends on our cruise. I just expected to enjoy a vacation with my husband, and muddle my way through small talk at dinnertime. But, we got lucky with an awesome table for dinner! I don’t know if Carnival tries to match similar ages or groups, but we were seated with three other young couples. It felt very natural to carry on a conversation each night. We even did an excursion with some of them, went to a game show together, and spent our final day onboard hanging out at the pool and attending a comedy show with our new friends. I never would’ve thought we’d connect so well with our dinner mates.

Go ahead and book that cruise!

Overall, we love love loved our cruise. There were pros and cons, but we definitely felt like the pros won this trip!

If you’re on the fence about booking your cruise, I’d say go for it! Of course, you should recognize that your trip may look different from ours in some ways. But hopefully this will give you a better feel for what you might be able to expect in your upcoming adventure. Happy travels!

Have you cruised before? Let’s hear what surprised you about cruising in the comments below!

If you’re still in the process of budgeting for a cruise, you may find this post helpful: The actual cost of that cheap Carnival cruise. And if you’re leaving out of the New Orleans port (which I totally recommend!), check out: Things to do in New Orleans French Quarter (& nearby areas).

I'm Jodi - the one behind the scenes,
sharing my exciting [and sometimes wild]
journey and discoveries in motherhood.
I'm so glad you're here and
can't wait to connect with you!

Looking for something specific?